1 – Not everything in one folder:
I have several hard drives con my computers and work on a certain way with them. I don’t want to change the way I work to be able to use a service. Dropbox works very well but having to put everything into one folder really makes me sick.
END_OF_DOCUMENT_TOKEN_TO_BE_REPLACED

I am starting to use Google Drive and I´ve been using Picasa for a while now. Some days ago Google announced that they were going to start considering Google Drive and Picasa space as one storage unit. I believe this will make things easier for the end user, but something crucial is missing.

I needed to back up my pictures and videos, they are around 80GB of more than 10 years of scanned, and digital pictures I´ve been taking since I had my first digital Epson PhotoPC 650 camera (1 Mega pixel yeah!). As you can imagine I have to get some order to the “My Pictures” folder but until I have time to do so, I really need to have a backup of everything outside my house, you know, just in case…
END_OF_DOCUMENT_TOKEN_TO_BE_REPLACED 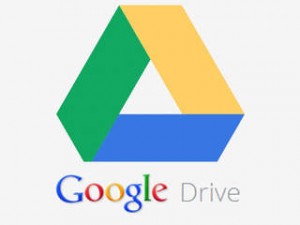 I decided to backup all my pictures and videos (80 GB) to Google Drive. For USD 5 a month I get 100 GB of storage, which is half the price of Dropbox. Anyways I love Dropbox and use it for files.

The problem I encountered for what I wanted to accomplish is that there is no option in preferences to move the Google Drive folder to another physical drive. My C drive is an SSD and I dont have enough space for storage there, thats why I needed to change it to a one of the 2 TB drives I have…
END_OF_DOCUMENT_TOKEN_TO_BE_REPLACED