The rest of the event was to announce that the new MacBook Pro line is thinner, lighter, more powerful and more expensive than before. And at the beginning of the event they announced a TV app that will run on Apple TV & iOS devices that will simplify the way people can watch TV programs live and on demand offering a similar simple experience to what Netflix offers.

Let me share per stream some of my thoughts:

MacBook Pro: I get it, Apple wants to move forward with the latest more beneficial ports available and Thunderbolt 3 makes sense due to its speed and tech specs. But not including adapters on the box so that you can plug your latest iPhone 7 announced a month back its clearly a mistake. Instead they offer to sell you more adapters of course, pissing off a lot of customers, for the adapters and for the fact that they are not included with a premium priced laptop.
The laptops look really amazing, but as consumers, can we really call innovation an expected feature like thinner, lighter, more power? I know this might be unfair for the engineers working very hard to make all these aspects better, but the reality is that consumers give for granted these things. They want also a mix of improvement with new tech.

Old Processor line: Intel has already released Kaby Lake processor lineup and some other brands already made them available. Why not wait one more month and just incorporate the same? How I see it is that if they wouldn’t have released a new MacBook Pro they would have missed all the Christmas sales. But if I were Apple, I would make sure that when I release a new product is not already outdated with old processors, just out of respect for customers paying a lot for the products.

iMac Refresh: The question here is if Apple had to pull back last minute the refresh of the iMac lineup because of the announcement (just one day before) of the sleek Microsoft Surface Studio. Microsoft announcement showed the level of innovation Apple usually got us used to.

Mac Pro: What happened with the Mac Pro? As of today, its been 1045 days since the Mac Pro has been launched and I clearly remember Phil Schiller saying “You cant innovate anymore, my ass” at the event. But what happened then? They did not refresh it anymore! They are letting it die. I am sorry but if you are going to claim that you are innovating, at least keep your word and lineup up to date for the professionals that spent a lot of money on your product, otherwise just cancel it.

Convertible devices: I have purchased a Surface Pro 4 to try to replace my laptop and my iPad, but I didn’t enjoy the experience, so I went back to the previous setup. Still I know that a lot of people would have enjoyed to see a convertible device from Apple.
Do you know what innovation from Apple would have looked like? A MacBook Pro option which screen could be taken out to become an iOS iPad. Why they wouldn’t do it? Not because they don’t know how to do it, just because people wouldn’t spend double the money on both of their products separately.

OSX & iOS: When iOS was launched, they claim it was built with the foundation of OS X Unix. I think we are at a point in time where Apple can already play with a blend of the two OS´s into one. This would simplify the ecosystem of applications and usability in a really great way. I know its not something easy to do and I faced several of these problems with the Surface Pro 4 and was one of the reasons why I didn’t convinced me, yet. But if you take advantage of all the community that would be willing to test and help you polish a product like this, it would be really cool. 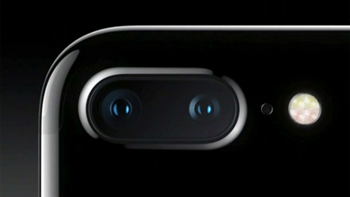 The recently announced iPhone 7 and 7 Plus incorporated a lot of power, but only the 7 Plus brought real innovation with the second camera to take one of the most fantastic pictures with depth effect. The rest of the innovation a lot of people is waiting for like:  full bezel less screens, touch id incorporated on screen, OLED displays, wireless & fast charging, graphene instead of lithium and more might be coming on next 10th anniversary model in 2017 but that’s a year away as from now. I hope they do, otherwise other brands will start to see customers going their way.
Although the whole “headphone jack gate” created a lot of fuzz, Apple did include a pair of headphones with a lightning connector and an adapter so you can plug headphones with the old analog port too. This is the right way to try to enforce the switch for newer technologies, while offering at the same time a workaround for their customers and not making them buy the adapters.

Apple Watch: The refreshment of the Apple watch last September was really how the first version of the first edition should have been. I don’t know if Apple does this type of “mistakes” on purpose so they could earn more money or if they didn’t have the product ready enough before the launched the first version. I hate to say it but it feels more like the first one.

The focus on the customers and not so much on investors

It looks like if Apple is focusing a lot on their investors and not as much on their customers. They are releasing products already with lack of basic specs (for example water resistance on the first Apple watch or iPhone 6S).

Steve Jobs was bold enough to take decisions that at first sight would have been perceived as negative from the business point of view, but many of them ended up showing to be super innovative and a successful. Does Tim Cook has this same spirit?

Has Apple become the old Microsoft?

When I look at the Microsoft Surface Pro 4 event from last year and this years Microsoft Surface Studio, it looks as if Microsoft has taken a great innovative position that became a reality thanks to Satya Nadella and Panos Panay and the exit of the old guys doing things in an old way.

Apple is one of the most profitable and the strongest brand in the world, let me rephrase that. There is no other company in the world with more possibilities than Apple to invest on research and development. They have the cash and they could move way faster, instead they seem to be sitting on it and moving slower and slower, this is very odd and very sad to see.

Maybe Apple is due for a top management and engineers refreshment? Maybe. But its very sad to see a company slowly stalling, I really wish they would wake up and return stronger and more innovative.

Because at the end of the day, when Microsoft and Apple compete each other on innovation and tech products, it just benefits us, the consumers.