1 – Not everything in one folder:
I have several hard drives con my computers and work on a certain way with them. I don’t want to change the way I work to be able to use a service. Dropbox works very well but having to put everything into one folder really makes me sick.
END_OF_DOCUMENT_TOKEN_TO_BE_REPLACED 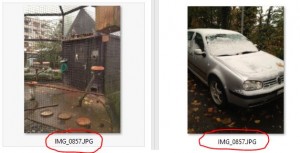 END_OF_DOCUMENT_TOKEN_TO_BE_REPLACED

I am starting to use Google Drive and I´ve been using Picasa for a while now. Some days ago Google announced that they were going to start considering Google Drive and Picasa space as one storage unit. I believe this will make things easier for the end user, but something crucial is missing.

I needed to back up my pictures and videos, they are around 80GB of more than 10 years of scanned, and digital pictures I´ve been taking since I had my first digital Epson PhotoPC 650 camera (1 Mega pixel yeah!). As you can imagine I have to get some order to the “My Pictures” folder but until I have time to do so, I really need to have a backup of everything outside my house, you know, just in case…
END_OF_DOCUMENT_TOKEN_TO_BE_REPLACED 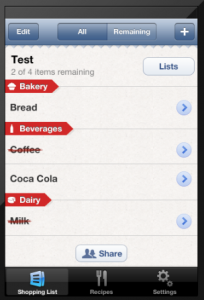 AnyList: so you dont forget to buy anything

I´ve been searching for a Grocery list App for iPhone, the idea is to share the same list with my girlfriend so both of us can add items to it, of course the items must sync between the devices automatically…

At first I´ve tried with iOS 6 Reminders, but because of a glitch I already reported to Apple the lists cant be shared (as calendars do). I tested some Apps and after not finding what I was searching for I decided to ask on Twitter, Then Jeff Hunter, one of the Co-Founder´s of the development suggested me to try AnyList…

I´ve installed the App on my girlfiend´s iPhone and on my iPad (Jeff told me they are planning to release an iPad version too so it looks nicer). Then I registered from both devices, created a list and clicked on Share, I just had to add my girlfiend´s email address and ready to go! We both had the same list of stuff, we can add items and 2 seconds later the item shows on the other device, the same happens if we check out an item…
END_OF_DOCUMENT_TOKEN_TO_BE_REPLACED 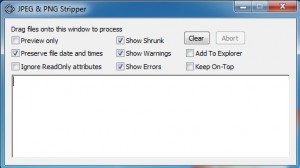 Rotate and modify images from iPad and iPhone

I´ve been having a problem when moving images from my iPhone and iPad to my PC. Some images that require to be rotated were not rotating when trying to use the embedded “Rotate Clockwise” or “Rotate Counter-clockwise” within Windows Explorer (right clicking on the image). I received an error “You cannot rotate this image. The file might be in use or open in another program, or the file or folder might be read-only” or also “Windows Photo Viewer can’t save the changes to this picture because there’s a problem with the picture’s file properties”

To avoid this I had to open the image on Paint or a more powerful editor to be able to rotate it and then save it again.

As you can imagine this is quite a big hassle, so after some research online, I found a tool called: “JPEG & PNG Stripper” this portable, free tool will allow you to strip the metadata that the iPhone and iPad add to the images that prevent Windows Explorer to rotate the images by right clicking on them. One good thing about this tool is that it doesnt affects at all the quality of the image itself, it just strips the metadata you dont want.

How the tool works is very simple, once you open it, you just drag and drop the iPhone/iPad images into the white space in the program windows and you are set. The default options work for me, for example I like to preserve the original date of the taken picture. Of course you can modify the options as you please 🙂
You can download the tool from the developers website here.