END_OF_DOCUMENT_TOKEN_TO_BE_REPLACED

Microsoft just announced that they will be buying Nokia´s devices and services business for around USD 5 billion. They are also long term licensing their maps and some patents for another USD 2.2 billion.
Nokia will remain their business with Navteq a major player in Map data for GPS receivers and applications. END_OF_DOCUMENT_TOKEN_TO_BE_REPLACED

I am a strong believer in results, and what Steve Ballmer has been showing “lately” is the lack of them. I sometimes get criticized for being too honest, but its true. If you look back in the last 10 years of Microsoft the amount of successes have been very little.
END_OF_DOCUMENT_TOKEN_TO_BE_REPLACED

– Its confusing, people thought they could just run their Windows software on it, but they cant! Windows RT is a totally independent operating system, so standard Windows applications wont work on it. END_OF_DOCUMENT_TOKEN_TO_BE_REPLACED 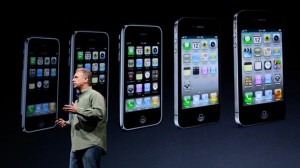 A couple of days ago 6 years passed since June 29th 2007, the date the first iPhone was released, and it would be fair to say it´s also the 6th birthday of the touch smartphone as we know it. Some months ago I watched again the first iPhone presentation by Steve Jobs, you can notice the strange reaction of the people, on some things they were astonished, on others they couldn’t really understand what was going on, the shock was too big. END_OF_DOCUMENT_TOKEN_TO_BE_REPLACED