Tech according to Leo 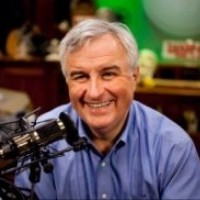 Not so long ago I opened the “magic” box of podcasts, till now and I don’t know why (maybe because I didn’t find the right time) I wasn’t listening to any of them nor knew the guys that were worth to listen. Some weeks ago I started to follow TWiT a Netcasts network, in fact, one of the most popular broadcasts on the internet created by Leo Laporte.

I found the time and place to listen to Leo´s podcasts, my car. I have around 50 minutes of commute time from my house to the office and as I cant read (cause I am driving :P) this was a perfect occasion to listen to podcast´s. I have to say, Leo and his colleagues are awesome, they are funny, they entertain you while giving you information about all the tech stuff you love in a clear way…

The same way I am listening to Leo, I am listening to The Verge podcasts leaded by Joshua Topolsky, but when Joshua starts to make his point by shouting and not allowing others to talk, it starts to loose his sparkle. As I said I am a “virgin” of podcasts so I am having my first experiences with some of the guys that are leaders in this, technology.

Leo´s coordination of the show allows you not only to his point of view but also other members of the program will share their opinion about the subject. What I really like is he does it with respect and fun, and of course a marvelous voice. Not for nothing he´s been on this business for more than 22 years and won an Emmy Award creating and doing the voice (and movements) of an animated character called Dev Null at his time at MSNBC (Check some videos on YouTube, you will love it!. I guess it was a smart decision to abandon his initial studies of Chinese history at Yale to dedicate full time to radio shows :).

A bit of history on TWiT 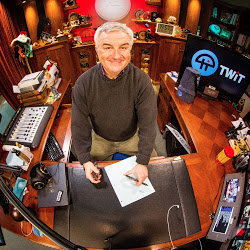 Founded in April 2005 by Leo Laporte with This Week in Tech followed by Security Now in August that same year. Now the network hosts 19 podcasts and several live streaming shows talking about different topics and all major well known brands like Apple, Google, Microsoft and so. In 2009 Leo stated its grosses revenues where of USD 1.5 million a year with costs around USD 350.000. Later in another program he stated that revenues where going to be closer to 2.5 million. So as you can see, he has done his homework 🙂

I really love to listen to talented people like Leo because he represents something I have in mind to do since a lot of years. Maybe something I will be able to do in the future…lets see, my friends tell me often I got the voice…lets see if I do something or maybe I collaborate with Leo! imagine that! :).

Don’t miss the opportunity to listen to the “Netcasts you love from the people you trust” (as TWiT´s slogan states) for sure you will love several of their shows, for example I started with MacBreak Weekly.

Also check Leo´s other programs like The Tech Guy airing on more than 170 cities in the US and about to hit 1000 programs!. You can also read more about Leo on his own blog Leoville.

Good job Leo! And thank you for all your sharing!