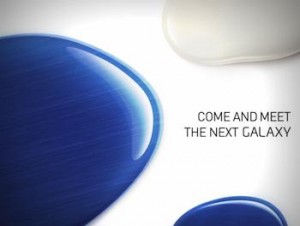 Here it is a compilation of people comments on what should the next Samsung Galaxy S3 have:

– More durable materials: A lot of people has been complaining about the plastic housing of the S3 and would like to see Kevlar/Carbon Fiber, dust and water resistant construction on the S4.

– Less Samsung Touch software and more Android core: People would like to see a standard, (that is what Apple offers, and worked for them over years on the software side). If all Android devices would look the same to the people, same functionalities and everything is on the same place as a standard would be (in my opinion) something very good, and would also improve reducing the upgrade path, a problem that should be solved already for all Android´s. There will always be applications on the store to change it all at each user´s taste 🙂

–  Battery: I am not the onlyone saying that a new battery technology should be rolled out soon. We depend so much and use all day long our SmartPhones that when we have to think on how much battery is left, we just get nervous. Batteries should at least last a couple of days, like the Motorola Razr Maxx. If the battery cant be really improved much, auto-charging by movement and/or solar panel back could help. (Although I dont think I would put my phone under the sun).

–  Not a bigger screen: A lot of comments are asking not see an even bigger screen on the S4. 4.3 and 4.8 seems to be the sizes a lot of users would like to see.

–  Biometric authentication: The idea of not using a password any more and being able to use a fingerprint to authenticate through applications, services, home banking and even being able to open doors with it would be something really nice to see.

What do you think should the new S4 have? Leave your comment below, thanks!